Love in the House of Windsor: The Queen and Prince Philip

She did her lessons standing up —because a queen must spend long hours on her feet at reviews and receptions. She learned the royal traditions of England, and how it is that a queen can never be quite a private person, but must belong first of all to the people of England. But then, she was only six and he was eleven. Philip and Elizabeth are actually distant cousins, descended from the same great-great-grandparents—Queen Victoria and her husband, Prince Albert. 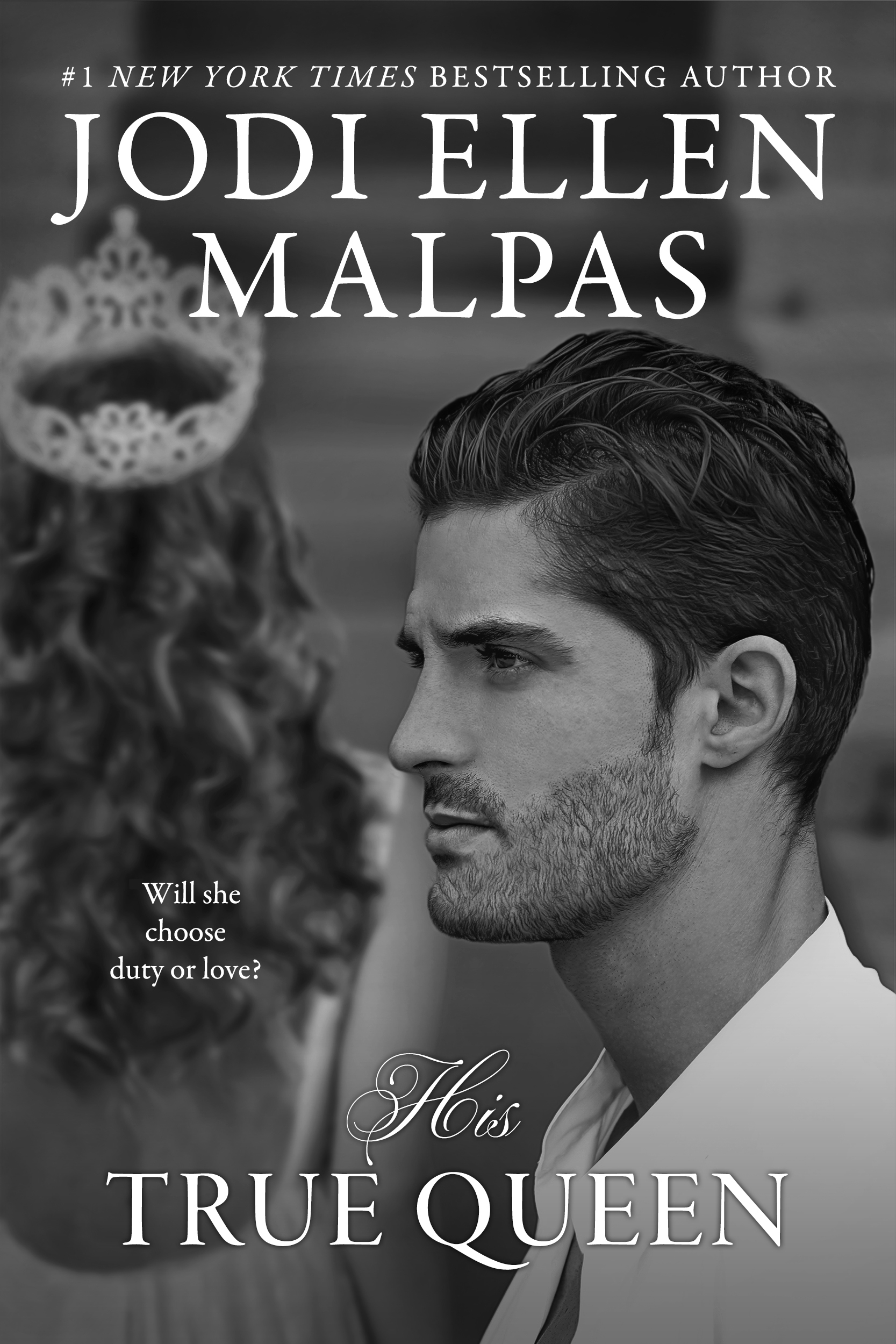 Though he is of Royal blood, Philip has never been in the direct line of succession to any throne. Through the complicated intermarriage of royalty in Europe, he can claim the titles of Prince of Greece and Denmark, but essentially Philip is English through and through. He was sent as a young boy to England and raised there under the care of his uncle, Lord Louis Mountbatten. By training and inclination he became completely British, but the mere fact that he inherited the title of a Greek prince created a good deal of confusion in the minds of the British people when it first became apparent that Elizabeth and he were in love.

Growing up, Philip and Elizabeth saw each other from time to time. If Philip was there, on vacation from his boarding school, he joined their games. Once Elizabeth coaxed him into taking a part in one of the Christmas plays she loved to arrange, but he was so plainly uncomfortable and self-conscious in his role, that she relented during rehearsals and let someone else play the part. Even then, as a boy, Philip loved the sea. His school had been specially selected to prepare him for the Royal Navy, and on practice sailing trips he was always chosen to work in the galley because he was the one boy who could be depended on not to be seasick.

He was then, as he is now, a gay, easy-going fellow, with a keen sense of fun, and highly independent.

By the time the war began, Philip and Elizabeth were good friends, in an easy, uncomplicated way. Philip, at eighteen, went straight into the Navy as a midshipman, serving in the Mediterranean Fleet. Elizabeth stayed in London, with her parents, waiting for the bombs to fall. As the war years passed, Elizabeth turned from a girl into a young woman. She was seventeen when, at a dance given by her aunt, the Duchess of Kent, she met Philip again.

The few years of separation had changed them both. Elizabeth was taller and slimmer. Her hair, originally a dark gold, had deepened into brown. Her skin was a lovely, unblemished satin, with the exquisite coloring which makes her so much more beautiful in real life than she appears in her pictures. Philip, strikingly handsome as a boy, had become even more attractive as a man.

Popular in the Community

His service at sea had hardened his tall, lean body, and with his blond hair, chiseled features, and quick, quizzical smile, he was someone any princess might lose her heart to. After that party, at which Philip and Elizabeth danced together almost un-interruptedly, the rumors began. Every visit Philip made to Buckingham Palace, or to Windsor Castle—and he made several—was reported in the newspapers.

Someone remembered a remark the young Princess had made: All the rumors were abruptly silenced when Philip returned to sea duty and Elizabeth began appearing In public with other young men. It was plain that the King and Queen had talked to Elizabeth, reminding her of what she already knew—that her life was not entirely her own. She belonged to the people of England and her first duty was to them. So much so that any talk of a marriage between them could have had unfortunate political consequences. Simpson, and the Royal Family was anxious to avoid anything which might look like a repetition of that affair.

In addition, the King and Queen of England were like two loving parents anywhere.

With particularly good reason in their case, too, because divorce for a member of the Royal Family of England is simply not possible. Whomever Elizabeth chose as her husband must remain her husband for her lifetime. With the sense of responsibility which had been drilled into her from childhood on, Elizabeth consented to follow this advice.

There, in the midst of magnificent highland scenery, they danced and laughed and rode, finding relaxation from the war and the busy official life of London. For the first time, perhaps, the King and Queen began looking upon Philip seriously as a possible future husband for Elizabeth. In one way, though, that happy time at Balmoral Castle was a mistake. The English newspapers got wind of it and added it to all the rumors that had been circulating about Philip and Elizabeth before. Only a few weeks after Philip had returned from Balmoral Castle to his Navy barracks.

This premature, unauthorized announcement was a bitter blow to both young people. Although divorce was taboo in s royal circles, the Yorks remained supportive of Evelyn Laye when her husband, actor Sonnie Hale, left her for a younger star, Jessie Matthews. Scandalous headlines followed when Matthews's torrid love letters to Hale were read aloud in the divorce court, causing the judge to brand Hale 'a cad' and adding: Laye, by now an international star, with hits on Broadway and Hollywood starring roles, returned the sympathetic support shown her by the Duke and Duchess of York when Bertie's elder brother, King Edward VIII, abdicated the throne in order to marry the twice-divorced Wallis Simpson.

Of Bertie becoming King, Evelyn Laye observed, in later years: He was certain he could never do it. Her admiration of his wife was unqualified. Hers was the strength and resolve that made it possible. Laye was chosen to appear before the new King and Queen in the Royal Command Performance at the London Coliseum, in which, at the King's personal request, she sang some of his favourite songs.

On the outbreak of war, Laye's application to take her own concert party to entertain the sailors at the hitherto off limits naval base at Scapa Flow in the Orkney Islands met with repeated vetoes from the Admiralty. However, she appealed directly to the King, who overruled the Admiralty.

Her concert party was the first outside entertainment the men of Scapa Flow had enjoyed and she was invited to return on numerous occasions. On Laye's 40th birthday, at the King's command, she was awarded an Admiralty grant to organise all entertainments for the Royal Navy and for Scapa Flow. The King and Queen listened to the broadcast, in which Laye's singing has an air of superb defiance. Evelyn was appearing with her second husband, Frank Lawton, in Bell, Book And Candle in Christchurch, New Zealand, when the news reached them that George VI had died peacefully in his sleep at Sandringham at the age of 56, from a blood clot in his heart.

It was 32 years since the shy, stammering Prince had first presented himself at her dressing-room door, clutching a bouquet of flowers. Laye stood at their hotel window as the guns boomed out the two-minute silence being observed throughout the Commonwealth. As Lawton later told me: Many wives might have resented the strange and intimate role played by Evelyn Laye in their husband's life. In , the two women met at a society occasion and Laye, then a frail year-old widow, sank into the deepest of curtseys.

Start reading The Queen of Love: a novel V1 on your Kindle in under a minute. Don't have a Kindle? Get your Kindle here, or download a FREE Kindle Reading . Monarchy Monday: The love story of Queen Elizabeth and Prince Philip in at King George VI's coronation and again in July at the.

The Queen Mother raised her up and embraced her warmly. Major acknowledged the request politely, but took no action. Laye died peacefully in her sleep 15 months later in a Westminster nursing home, at the age of Asked later by her Page of the Backstairs why she had made that unexpected intervention, the Queen Mother smiled wistfully. The views expressed in the contents above are those of our users and do not necessarily reflect the views of MailOnline. The King was 'rather more than a little in love with Evelyn Laye'. Share this article Share. Share or comment on this article: Revealed for the first time - the other woman in the Queen Mother's marriage.

Brexit Britain 'should axe cap on skilled migrants Sesame Street founder who created Bert and Suspended head at Educating Greater Manchester school Two British women say they were strip searched and locked Outrage as six white Alabama high school students share Man shoots himself in the stomach to test a bulletproof Elizabeth Smart reveals kidnapper Wanda Barzee - who is It may be a Rotten public image, but The bravest picture album of all: British woman, 22, given jail term in Dubai over While he had English relatives, his four sisters had all married German princes.

Three of those brothers-in-law were members of the Nazi party.

Their engagement was announced on July 9, , and the couple was introduced at a garden party at Buckingham Palace the next day. He was named Duke of Edinburgh before the wedding. Yet the public was as wary as the Kingdom. In one newspaper, 40 per cent of readers were against the match.

The wedding date was set. The first televised royal wedding.

Six kings and seven queens in attendance. Her dress was designed by Norman Hartnell, encrusted with pearl and crystal and ivory silk satin. A diamond tiara which snapped in the carriage. Princess Elizabeth future Queen Elizabeth II and Philip, Duke of Edinburgh cheered by the crowd as they travel in a coach after their wedding ceremony.

No getting around it. The site offers novels, love stories, games, merchandise, contests, videos and other opportunities for building a strong community. Macmillan wrote in his diary: The first televised royal wedding. Five years later, Elizabeth succeeded her father George VI on the throne and has ruled for the following 65 years, more than any other monarch in British history, with Philip by her side throughout. Philip Mountbatten of the Royal Navy. Prince Albert, as the King was born - 'Bertie' to his family and friends - was a late developer in matters of love.